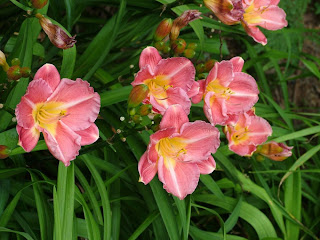 As summer’s heat starts to build up, there is one type of plant I know I can rely on to provide me with heaps of colour right through rest of the hot season - the day lily, Hemerocallis. It is quite beyond my understanding why this brilliant summer-flowering perennial is not grown much more in New Zealand, as it should be stand-by in every perennial garden over summer. In other parts of the world it is the most important perennial, planted more then irises and dahlias, but here in Aotearoa, it is relatively unknown.Some city councils have tumbled that this is a great value plant for low maintenance gardens – in fact, some have planted up whole beds with some of the smaller flowering varieties.What is so good about these plants? 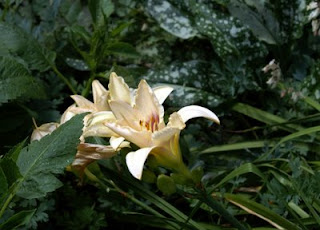 Obviously the first attraction is their lily shaped flowers. These are available in a huge range of colours, from almost-black through pinks, oranges, reds, yellows, and almost-whites. Each of these flowers only last one day – hence the common name and, perhaps, their lack of popularity – but there is a long succession of flowers and each variety will flower for up to a month, with many re-blooming later in the season. With careful selection, it is possible top have flowers for over five months.
There are evergreen varieties, and those that are semi-deciduous or totally deciduous. Even those that die away completely for the winter tend to only lose their leaves, much like a Hosta, for a short time,.
The leaves are interesting. In some of the smaller flowered forms they are almost grass-like, and would fit into a modern grass garden with ease. They are all more or less light green, and quite textured. 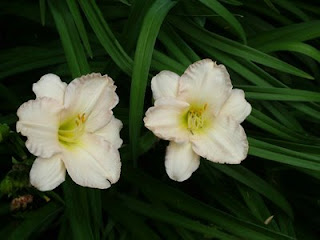 Flower size is very variable. Breeders overseas – especially in America where there are over 40,000 registered varieties – have been striving to increase the size of the flowers, and to flatten them somewhat, making them less trumpet-like. Most of mine are about 15 cm across, but I do grow one or two dwarf varieties too, which have smaller flowers. These smaller flowering forms are very popular for those with smaller gardens, or those who wish to mix their “Hems”, as they are popularly called, with other perennials.
They will grow almost anywhere in the garden. They are said to prefer free draining soils, but I have seen them growing perfectly well on the edges of bogs. They do, however, prefer full sun. I grew a number of these in light shade at the edge of a woodland garden, and they grew alright, but I was not happy with their increase or their flowering rate. It was not until I planted them out in the full sun that I realised what I had been missing out on. With their cheerful faces in the sun, they quickly grew much larger, and flowered much more exuberantly.
Posted by Unknown at 7:18 PM