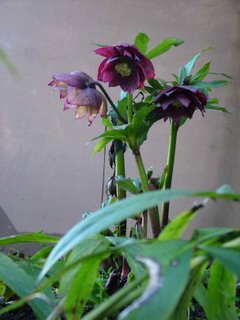 It has been a very interesting winter, hasn’t it? Weeks of snow and hail and closed roads, then the weather turns from the southwest to the southeast and we have a sustained period of intensive rain. We have had over 100 ml of rain in our garden over the past week, and there has been widespread flooding throughout much of the lower half of the North Island.
I was keen to get out into the garden this weekend, but I must admit that I thought my chances would not be great. All that rain would surely mean that the garden would be waterlogged and impossible to work in.
I was very pleasantly surprised to learn that the garden had in fact coped very well and the soil was in beautiful condition. I managed to work in a few hours of hand weeding through the perennial beds, and among the small fruits. I even thought I had a bonus there. I found some fruit on the end of one of the raspberry branches. I made the mistake of thinking that snowy and wintry weather was suitable for ripening raspberries. I can tell you it is not!
There was not too much in flower in the garden, but there was plenty happening. There were buds in some of the bulbs but the floral highlight was a new clump of a double hellebore.
I bought this unnamed Helleborus orientalis hybrid a few years ago. It was expensive but has proven to be a good investment as it has flourished and has never failed to provide a display of interesting flowers each season. The flowers open deep maroon but fade to green flecked with purple. As with many hellebores the flowers tend to be downward facing, but they are stunning, and well worth getting down to look at!
These are, of course, old-fashioned favourites, and were deeply out of fashion for a long time. They have had a revival recently though and they are once again to be found in many gardens.
I remember clumps of hellebores in my grandmother’s garden. They were mainly green or muddy maroon, but there were also some lovely forms with white flowers and deep maroon markings.
Nowadays, though, there is a fabulously expanded range of colours, with clear colours becoming better known.
Among those that I have seen lately are some very interesting yellow forms. Don’t go expecting a buttercup colour - this is a very pale yellow – primrose I guess is a better description - but it is a clear bright yellow. The yellow seems to be deeper in full sun than in the shade, and the plant needs good drainage but it is a stunning sight.
Just recently I saw a yellow (alright, primrose) with maroon spotting on each of the petals. This is a very pretty plant.
The dark forms are also very interesting, and there is quite a range of these on the market. They are mainly grown from seed so it probably pays to see them before buying as there will be a bit of variation. The colour will range from deep maroon through to deep slate-grey.
There is a similar range among the doubles, with deep purples, pinks, greens and reds, as well as the yellows. I have grown the yellow form as well as the purple, and they are both fabulous plants.
If hellebores like your garden they are likely to gently seed down and establish themselves. You might even be lucky enough to have some interesting new forms appear.
Posted by Archivist at 5:17 PM