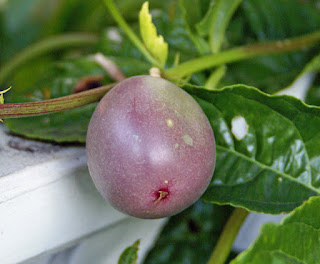 I normally like March.  It is usually the start of the slow slide into autumn, where February’s treacherously high temperatures are starting to be tempered a little and, usually later in the month, we can expect a little rain to help break the drought.  This year, though, March came clattering in with a hiss and a roar, a trans-Tasman weather bomb bringing wind and rain in equal measure.  Trees were downed, bridges closed and even the Martinborough Fair, a 35-year veteran of coping with the vagaries of autumnal vicissitudes, decided a little discretion was called for and the bi-annual craftarama was abandoned.
When I had seen the bad weather was on its way I made a point of harvesting all I could from the vegetable garden, and what a mixed harvest it was, with a surfeit of smelly alliums (onions, garlic and shallots) providing armfuls of pungency, while the rich bounty from the tomato vines gave some compensatory sweetness.
It was the tomatoes I was primarily worried about.  There are very full of fruit despite the slightly lousy growing season, and it is all on the turn and I thought the fruit would get bruised, and it was even possible some of the vines might get toppled by the winds.
As it turns out, I need not have worried. The fruit has escaped without too much blemish and all the vines are upright and looking well.  Despite only having half a dozen vines, we are unable to keep up with the ripening fruit, and have been in the lovely position of giving some away.  Even the strawberries have keep on fruiting well this year, and we have been able to have some on the breakfast cereal in the morning.  It feels like the height of decadence.
The Head Gardener is most excited about another fruit though – the passionfruit vine she planted a couple of years ago has got hundreds of fruit, and they are starting to colour up. If you can find a nice north facing wall this is a relatively easy climber to grow, but it does need to be given some sort of frost protection in all but the warmest spots in Wairarapa.  The Head Gardener had been on at me for a while to plant one for her but I kept telling here we did not have an appropriate site.  In the end she bought one and told me she was going to plant it along the edge of our back patio.
I have to say I was a little dubious (I should have known better really) and told her I did not think it was a suitable position.  There is no surfeit on the patio roof, and the soil in that area is very poor.  She was undaunted, and got me to dig out some of the stony soil and replace it with lots of compost.  She then planted her precious climber in the fresh soil, applied some slow release fertiliser, and carefully tied the vine to the patio trellising.
I looked on indulgently, thinking that the effort would all be in vain, and opinion I was able to express as the plant very slowly tried to gain a foothold in the dry soil at the patio’s edge.  My amusement was short-lived – the passionfruit grew, slowly at first, but then with the vigour and enthusiasm that climbing plants often display. It is now in full triffid mode, snaking its way through the trellis, sneaking past the corner and eyeing up the drainpipe to see if it can make it to the roof.
It has also made an impressive number of fruit - one of the little visitors to the garden counted them the other day, and if her maths is to be believed there are over 100 fruit on board.  The first of them are starting to lose their green lustre and are turning dusky purple.
Posted by Unknown at 8:09 PM