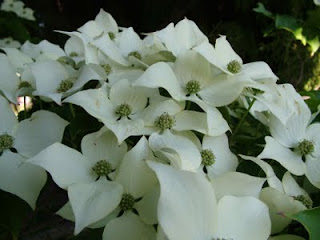 It has certainly been a hard spring for horticulturists – the unseasonably unsettled weather has given growers all sorts of worries. Commercial outdoor tomato growers have been unable to get onto their paddocks because they have been too wet, and they must also be concerned about the likelihood of late frosts this year. A succession of southerlies that have swept up the country, leaving snow to low levels have also left their tell-tale white marks on the early morning garden.
I generally plant my tomatoes in the first weekend in November, but I am feeling a bit gun shy this year. The ground is still quite cold and I do not think the plants will be away to any great advantage, but on the other hand, I do not want them getting too leggy in the glasshouse. Perhaps next weekend.
Some plants seems to have relished the odd weather this year, none more so than the dogwoods. These often deciduous shrubs and trees hail from the United States and Asia, and they are among the most popular of all flowering trees in America. In fact, they are so popular they are the state tree for both Virginia and Missouri, although, bizarrely enough, the most popular is one called Cornus florida. There is a little pun at work here - the word ‘florida’ is a Latin one, meaning flourishing, or flowering exuberantly, and the American state and the tree were given the same name for this reason.
These dogwoods are ideal plants for our climate because they prefer cold winters and hot summers – in fact, as you venture further north they become difficult to keep alive. They prefer a sunny spot with only the lightest shade to do their best, and once established can cope with sustained dry periods.
This time of the year they are at their best with a magnificent display of flowers – although the flowers are strictly speaking coloured bracts that surround the true flower, in a similar fashion to Leucodendrons for example. There are generally four of these bracts around each flower.
Cornus florida is a widespread species from the United States (and yes, it does grow in the northern parts of Florida), usually with creamy white bracts in mid-spring. Needless to say, with such a wide range there is a fair degree of variability and nurserymen have been selecting this species for many, many years and have come up with a very interesting range of varieties.
Among the best of these is ‘Cloud 9’ which has large pure white flower bracts that appear in spring. This cultivar is more tolerant of heat than many other Cornus and is very strong and vigorous. Over the past few years I have noticed some landscapers have picked up on the value of this tree and I now sometimes see it used in multiple plantings in formal situations. It always looks great.
Posted by Unknown at 8:03 PM