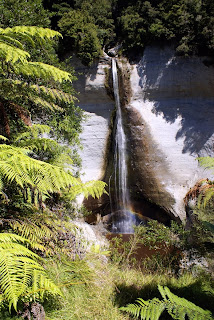 Tuesday started out with a leisurely run along the spectacular coastal walkway in New Plymouth.  This is a stunning track that snakes around the edge of the coastline from the Waiwhakaiho River down to the port, about 6 kms in all.  I ran from one end to the other, then turned around and went back!
It was a calm, still, warm morning, with lots of people out walking, running, biking and even a few swimming.
I raced back to my motel in Inglewood, and set off on my overland adventure, along to Stratford then onto the wonderful Forgotten World Highway, which snakes through the Taranaki hinterland, through dense rain forest, past Whangamomona and out into 'tiger country.'
A detour along a narrow country road led to the Mt Damper Falls - all 85 metres of them.  The drop is huge but the summer flow was not so dramatic.
Still, I am very glad I called in to see it, as I saw one of my all time favourite plants, Parataniwha, Elatostema rugosum, growing in the wild.  I love this native herb. 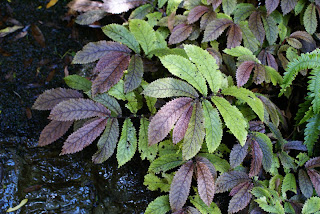 I then headed further into the wilds, along a rollercoaster road, eventually joining SH3 just to the north of Mount Messenger. I followed the Tongapuroto River north until I reached its mouth.  I parked up and walked looking at the remarkable effects of the sea on the landscape, including the popular 'Three Sisters" - although there are now only two and a bit! 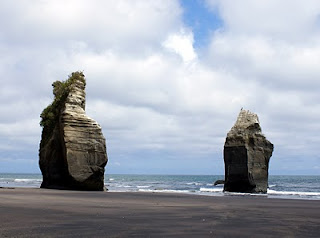 I found a dead crab, stranded in a sea cave.  It took some imaginative use of the camera's time exposure to get these slightly odd pics. 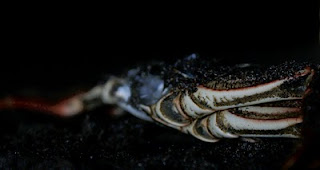 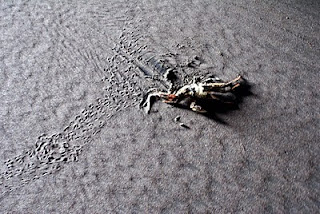 Hunger forced me to hit the road again, and I ended up eating lunch in Waitara at about 4.00 p.m.  While I was eating I looked through the local newspaper and saw that Central Districts was playing a cricket game at Pukekura Park, so I scooted along and watched that for a while, before detouring up to the North Egmont Visitors Centre on the flanks of Mount Egmont/Taranaki on my way back to the motel. 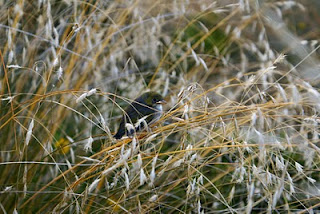 I found this littrle chap sitting on some grass.  This was taken with a 70mm lens, so you can see how close I was able to get to him!
Posted by Unknown at 2:29 PM

What lovely photos. I get just a little bit homesick when I look at them, but then I remember what a lovely place Whidbey Island is, and how fortunate I am to live here.