Ageing in the garden 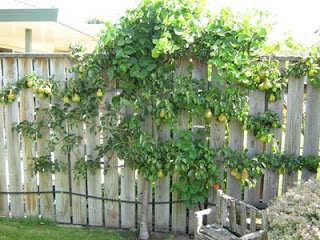 There is a famous saying about old age - it never arrives unaccompanied. I think it usually means that as we age our physical health and strength deteriorate and we find it more difficult to do tasks we once thought of as inconsequential.
Ageing gardeners find this particularly so. Our backs, once strong and resilient, no longer enthusiastically embrace the thought of a day’s good digging in the vegetable patch. Even the idea of bending down for an hour’s weeding has them twitching. And the almost daily cycle of working in a large garden is simply too much for many previously active gardeners to contemplate..
Many older gardeners want to be able to continue when they downsize their properties and they come up with some clever answers.
Fred (obviously not his real name) lived just down the road from me, in a nice house with a large section – over a third of an acre. He came from the noble New Zealand tradition of gardening providers, his father being an enthusiastic vegetable grower. He recalled that this was commented on at his wedding reception, when one speaker said it was the sign of a happy marriage when the father was outside in the garden all the time, and not under his wife’s feet. (I must say I am not convinced about that – I recall one of our neighbours furiously turning over the potato patch whenever the domestic peace had been broached.)
Fred grew enough vegetables to make a dent in the family’s greengrocery bill (he and his wife has six children) by growing a good range of vegetables, although he forswore brassicas, claiming he could not bear the battle with white butterfly – a complaint I have a lot of sympathy with. He also grew a number of fruit trees.
He retired ten years ago. Shortly after that he suffered a bad angina attack, and decided it was time to downsize to a more moderately sized garden. He and his wife shifted into a town house, a short walk from the town centre. He now has two raised beds where he still grows vegetables, concentrating on potatoes, tomatoes, peppers and lettuces.
He also has some fruit trees, but not the large trees that once graced his large section down the road. This time he has two dwarf apple trees, and an espaliered pear tree. Like many of his generation, Fred’s big OE was after he retired rather than before he married. While he and his wife were in Norfolk he saw an avenue of ‘Ballerina’ apples, and was so impressed he decided he could look after a few of them in his new garden.
Fred also likes pears. On his OE he also visited Devon where he saw some ancient espaliered pear trees growing against a brick wall. This again inspired him and he bought a twin grafted tree, with ‘Red Bartlett’ and ‘Doyenne du Comice.’
Fred insists he is an ‘elderly gardener’, but someone who is prepared to take on new ideas in his retirement seems to hardly fit that mould.
Posted by Unknown at 4:49 PM