Looking back on a challenging year 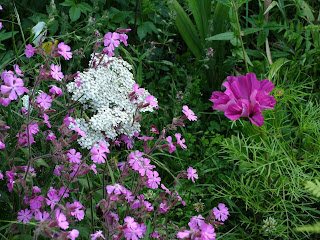 The end of the year is the time we traditionally take stock of the year that has passed, and take time out to reflect on our aspirations for the year ahead.
In a personal sense, this has been a hard year for our family. In late autumn, our daughter Lavinia died in Rotorua Hospital. She had been unwell with an unusual form of reactive arthritis since she was at university, but she learnt to cope with her disability and to fashion as active a life as she could manage.
She lived in a small house on the top of a hill near Te Puke, surrounded by thousands of kiwifruit vines, and acres of avocados. She discovered the joys of gardening and fashioned a small garden of the truly cottage variety – flowers, herbs and vegetables fought each other for space in the lush volcanic soil. The occasional foray into the garden from one of her many dogs didn’t seem to faze her too much, and she appeared to have found her feet a little.
We were all worried when her visit to hospital for a minor infection turned from days into weeks, and distraught when she died of an undiagnosed brain abscess. 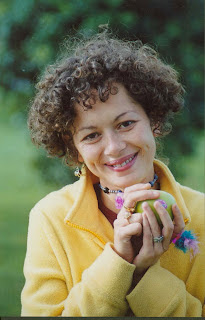 Lavinia
It was the start of a long and cold winter. In the depths of winter we had to plan our trips around the snow storms that were closing off all the routes between Masterton and Rotorua. We had one spectacular trip over the desert in between closures, when the whole plateau was clothed in a thick winter coat. We stopped briefly to take photographs of each other in the snow, and of the whipcord hebes bowed down with icy fringes.
The weather seemed to match our mood. An early warm spell held hopes of a bountiful spring. On one trip to Rotorua the Kuirau Park side of Pukeroa, the ridge that the Rotorua Hospital sits atop, was simmering with daffodils. We thought that maybe the worst of the weather was over, and a warm spring was about to arrive.
But this turned out to be a vain hope and winter returned with a vengeance. It seemed that week after week the southerly storms found their way north, cooling the ground and keeping spring at bay. My beloved Pacific Coast irises delayed their flowering, and were at their peak a full two weeks later than they usually were.
My tomatoes stayed firmly ensconced in their pots in the glasshouse as I fretted over whether the frosts had passed. In the end, I decided that I had to plant them out in the second week of November as they were getting very spindly under cover. They were in for a few weeks before we had a hard late frost and they were severely damaged, despite being covered. The frost blackened and destroyed many leaves, and burnt out the growing tips completely. They hardly had time to recover before we experienced a sudden burst of hail and they were once again damaged. This time the spotting led to blight. The poor old tomatoes look very sad and we will not have a great crop this year.
The roses suffered similarly early in the season. The cool temperatures and the lack of sunlight meant that many of the buds partly opened and were then either frosted or caught by rain, and they rotted.
In the end, the spring did come, and the iris seedlings, many flowering for the first time, were a reminder about the cycle of life in the garden. Each year there is an autumn, and there is a winter, but equally these times are followed by spring and summer. During these times, we harvest our stores for the leaner times ahead.
The irises held some lovely surprises, and I was looking for one pretty enough to name after Lavinia. Of course, there was none that pretty, so I took out my paintbrush and my labels and I started crossing some of the flowers, thinking that one day there might just be one worth the name. Those crosses that took have huge filled seedpods now and I am watching them carefully to make sure I gather all the seed and sow them for next season.
The vegetable garden has had it troubles aside from the tomatoes. The basil does not like cool soils and it is struggling, and the watermelons given to me by a gardening friend are just a joke. They are sitting there looking like something the dog has played with for a week or two.
But there is an upside of course. The cool and moist weather has meant the whole garden has been damper and, as such, has suffered less stress. Some vegetables have thrived in the cool spring - I do not think we have ever grown such luscious lettuces. As a bonus, the cool weather has stopped them from bolting and they have provided leaves for months. We virtually only grow loose-headed types now and they have loved the season.
The Rhododendrons up at Cross Hills in Kimbolton have loved the season too, and I don’t think I have ever seen that garden looking better than when I visited it in early November. The tulip display at the Wellington Botanical Gardens, which I have never managed to time right before, was breathtaking – not to everyone’s taste in their own garden I would think, but amazing just the same. The roses at Palmerston North, after a slow start, performed very well, and the bed of ‘Paddy Stevens’ that we planted in the new rose beds at Queen Elizabeth Park in Lavinia’s memory is doing well after a slow start.
I sat on the side of Pukeroa a week or two ago. Where the daffodils had had once held sway, knee-high plumes of grass flowers were shifting in the breeze. The grass had been left un-mown to allow the daffodils leaves to make next year's flowers.
And in Lavinia’s garden, the weeds, the flowers, the vegetables and the herbs still fight it out.

Posted by Archivist at 9:17 AM