Watering in time of drought 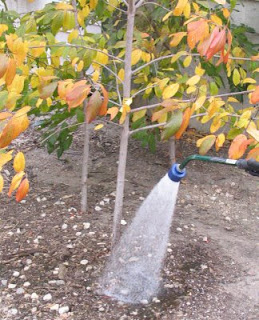 My dear old Auntie Molly, who died last year in her nineties, was right on the button about climate warming. On one of my visits to her there was a lull in the conversation, and being the experienced conversationalist she was – she was in her nineties, after all – she told me she did not believe in global warming.
I was initially surprised that a ninety-something year old should hold an opinion on the subject at all. I quickly assumed she meant that she was a sceptic on the matter.
She proceeded to put me right, telling me the problem should be thought of as climate change, not global warming, as some places were going to get colder and some places were going to get warmer. And some places were going to get warmer in summer but colder in winter.
It looks pretty much like she was right. We have been having record high temperatures, while our northern hemisphere cousins freeze under record cold temperatures.
Those of us who garden on the eastern coast of both New Zealand’s main islands are going to have to gradually rethink the sort of gardens we aim for, and make some alterations in the plants we grow. We are fooling ourselves if we think we are going to be able to continue to irrigate as though there is a never ending supply of water for our horticultural needs. Councils are going to introduce more stringent watering restrictions, and societal tolerance for those who water outside those rules will be zero.
So what do we water first when watering is restricted?
When prioritising plants for water, make sure you protect reasonably recently planted trees and shrubs, especially those in exposed, windy positions. Mature trees and shrubs will have a much more extensive root system, and, as such, will be far better able to cope with a water deficit. Keep an eye on such plantings though, as they will still be prone to water stress if the drought continues long enough. Fortunately such trees will normally show early signs of being under stress. Their leaves will wilt, perhaps even drop, when they are water stressed.
Make sure you follow a few other sensible guidelines when watering any trees and shrubs.
Do not water the leaves – it is a waste of time and water. Trees cannot absorb water through their leaves, and much of the water thrown in the air is wasted through evaporation. Instead water at ground level, and make sure you water to a depth of 30 cm at least, remembering to water inside the tree’s drip line.
It is also important to keep an eye on the rate of water application – too fast and the ground will not be able to absorb the water and it will run off. Water slowly over a long period, so the flow of water gets deep down to the trees roots. Watering for short times only encourages shallow rooting which can lead to more drought damage. Do not be tempted to dig holes in the ground in an effort to water deeply either. This dries roots out even more and causes more damage.

I think your aunt Molly was a wise person! And thanks for the tips about watering.It's a reminder to me! I killed several plants just because forgot to water them more often then established plants.
Happy gardening!
Tatyana

It's really a difficult question how to handle droughts. Handwatering instead of just mindlessly turning on an irrigation system is already a big step in the right direction.

Here on Whidbey Island WA we are noticing our summers are cooling. Last year the summer was dismal to say the least, and here I am a newbie vegetable gardener hoping for a bumper crop this year. I may be disappointed. I guess i can hope for the best.