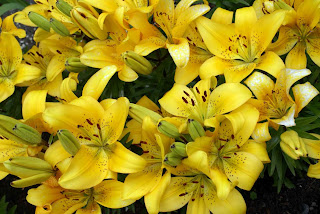 The last week has seen the arrival of real winter, with snow piled up on the peaks of the Tararuas, and a succession of cold days – really cold days – that remind us that Matariki is here.  The traditional Maori New Year is a goodtime for taking stock, and celebrating the turning of the year back towards summer time.
Although that is true in a literal sense, it is also (unfortunately) a little fallacious.  Due to the effect of the sea warming and cooling more efficiently than the land, we have a drag between the “real” mid-winter, which is today, and the coldest days, which are ahead of us still – July is usually the coldest month.
A bit of time out in the garden this weekend was enough to drive the message home – it was bitterly cold and I was more than happy to get back inside.  I had been tidying up a patch in the vegetable garden to plant some garlic and shallots (more about that next week) but I also had a prowl around the garden, looking at how things were progressing.  I had the tedious chore of picking up the large leaves from the Magnolia ‘Sweetheart’ which is a feature of our back garden – and stands in the middle of an iris trial bed.  The leaves have to be removed as they make a terrible mess as they rot down, and they are wet and cold at this time of the year.  But the recompense is in the buds - beautiful silver-coloured buds to give a subtle reminder of what will be in store in a few months.
I feel the same way about the lilies that are scattered throughout the garden.  Some of them leave ugly stems in early winter, and they have to be carefully removed, while one other species, a Lilium martagon seedling tries to flower out of season in the early winter.  The frost usually gets the flowers.
I am a relatively late convert to the beauty of the lily – it was not until we came to this garden about 15 years ago that I grew anything other than the Christmas Lily, Lilium regale.  This heavily scented treasure, such a traditional favourite for some families, did not feature much in our family, but the Head Gardener’s mother and grandmother were both huge devotees, and we now have two or three clumps around here.  It is always a welcome component of the Christmas house decoration, although one allergy-prone son does not appreciate it so much.
My own mother was a keen gardener who tried to get by without spending too much on the garden – she had no money to spare – so we were always aware of her special purchases.  I have fond memories of the special attention she paid to her favourite highly scented lily – the golden ray lily from Japan,  Lilium auratum.  You would probably be hard pressed to find the species in New Zealand now, but its blood runs through the Oriental Hybrids that are in the garden centres at the moment.
They can be slightly tricky growers - they are gross feeders for a start, and need good humus enriched soil.  You could use organic matter as light mulch, and then fertilise in the spring and just before flowering.  They must not be allowed to dry out but you must also have excellent drainage as they cannot tolerate wet feet.  I have them is raised beds, the ground covered with other plants.  In really hot gardens they would probably benefit from light shade.
I have a couple of glorious plants which I have to pass when I go for my evening swim in the hot nights of February, and their heady, almost decadent, scent is at its best at that time of the night – I luxuriate in the cool water and soak up the fragrance.
They are available in shade of white and pink, through to almost red.  The flowers can be single-coloured, but some of the best have golden or red bars on the petals.