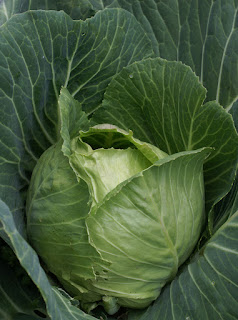 Howling winds, scudding showers and slowly warming temperatures – must mean spring is just about here and it is time to start thinking about getting the vegetable garden kicked back into life after the slower winter months.
Despite the lousy weather I managed to get out into the kitchen garden for brief spells over the weekend, and pulled a few weeds.  I noticed the garlic and the shallots have made a great start with sprigs of leaves pushing through.


I spent a bit of time in the glasshouse too, mainly checking on my Iris seedlings, and the ungerminated Iris seed from Australia (they will germinate in the next few weeks).  It is very noticeable that the temperatures are rising in here too, and the once-weekly watering that sufficed over the winter will no longer do the trick and I will have to check on it most sunny days from now on.
The soil in the vegetable garden is in surprisingly good condition considering the rain, but we are very freely drained here, and I guess those who have heavier soil will still be wondering when they can get onto it.  It is very important not to work up soil if it is very sticky feeling, as it will help destroy the soil structure, and as we discussed last week, it is vital to ensure the best possible structure to the soil.  For gardens that are not cultivated often just adding some mulch annually will do the trick, but if you are turning the soil over frequently it is important to think about the way how you keep it healthy.
I like to use home-made compost, and I try to dig in a good dose each year, but well-rotted animal manures will do the trick just as well, and some combination will probably work even better, as each component will have different mineral strengths.  If you are adding home-made compost it usually pays to add lime at the same time, as cropping tends to lower the pH of most soil and compost usually has low pH as well.  You can use a very fine horticultural grade, which will be released quite quickly, or you could get coarser agricultural grade (which is usually cheaper) and which will take a lot longer to release and thus can be applied at a higher rate but less often.
I managed to give my garden a bit of a going over the other weekend – just a rough digging really – so it is ready to have a final working up and then I can start planting some spring vegetables.  It is far too early to start thinking about frost tender summer-cropping plants like tomatoes and peppers yet (unless you have a glasshouse, in which case it is a good time to start with tomatoes especially) but as the soil warms up we can start planting and sowing some of the green-leaved types in particular.  Cabbages, cauliflowers and broccoli, those cousins from the brassica family, should be well under way by now, but if you want to sow your own, there is still plenty of time to be doing that.
Sowing and growing your own seedlings is a very economical way of doing things, of course.  It affords you the chance to grow a wider variety of cultivars and also means you can control the number of plants you buy at each stage of the planting season.  It probably also means you can grow just the particular type of seed you want rather than being restricted to the varieties your garden centre was to supply you.
When you go to buy seed you will probably be shocked at the discrepancy between the varieties on offer.  Older varieties, which are open-pollinated, are relatively cheap.  More modern varieties, produced by keeping two separate strains alive and then crossing between the two (called F1 hybrids) are much dearer.  In most cases it is worth paying the extra and getting the Fq1 hybrid seed, as it will almost certainly be stronger growing, will fruit earlier and will give a much sturdier product.  I think this especially applies to tomatoes and peppers – I would even think of growing an old open pollinated type of these.