On the straight and yarrow 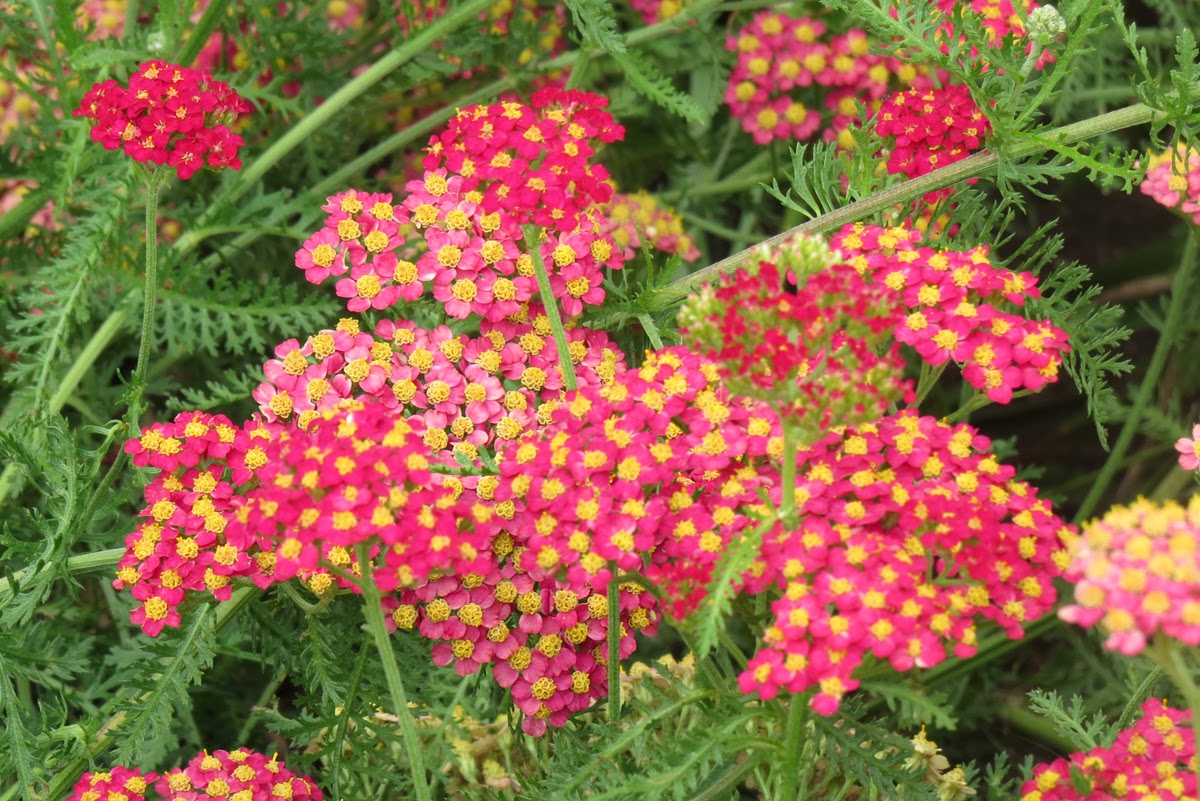 In the past few weeks I have been reconstructing parts on my garden, and reconsidering others.  Two large plantings of Alstroemerias have been cleaned out – they were both about fifteen years old and become just a little overgrown in their beds.   I will have to think about their replacements as I have nothing in mind yet.

I have been using another area to grow-on plants as I decide whether I want them in the garden, and I think I will clean that out, plant the ones I like into other places in the garden, and set about planting a little summer flowering garden, based on the North American prairies.

As a general rule I am reluctant to get too intellectual about gardening – it is primarily a fun activity for me and I am not interested in building a garden that has a complicated set of rules about what plants should or should not be included.  I love New Zealand plants, and have many of them in the garden (some to the Head Gardeners dismay I have to say) but I would never think of planting a New Zealand-only garden, and so the same rule will apply to the prairie garden – I want to create a garden with the feel of a wilderness dryland garden rather than a botanical replication of the prairie.

There is a group of plants that will be essential for this garden – the vast daisy family, which has many representatives that revel in these sort of conditions.   Among the first of these daisies will be the relatives of the common weed yarrow, the white (usually) flowered plant found growing in wastelands on the side of the road, as well as invading lawns.  There are many beautifully coloured cousins and hybrids in this family that add a sort of wild elegance to the border at this time of the year.

Perhaps the most dramatic of these is the stately Achillea filipendulina 'Gold Plate', with the finely dissected fern-like foliage typical of the family, but with bright golden heads of flower carried about 1.5 metres tall. In this variety the foliage is grey-green, giving another contrast for the border even when it is not in flower.  This plant would be ideal as the central highlight in my garden.

Around it I would like to have one or two other varieties as well. A few years ago there was a lovely strain of seed grown plants available and I think some nurseries must have kept cutting-grown varieties from these as there are some named forms found nowhere else but New Zealand.

There are some pink and lavender forms around, but as this garden will be in the yellow/orange/red range of colours I will avoid those, and plump for ‘Terracotta’, which has flat flower heads of rich terracotta that fades to a soft yellow.  ‘Fanal’ is a good red flowered variety that will perform better if the flower heads are removed after flowering.
Posted by Unknown at 8:20 PM