Parrots, lilies and little ones... 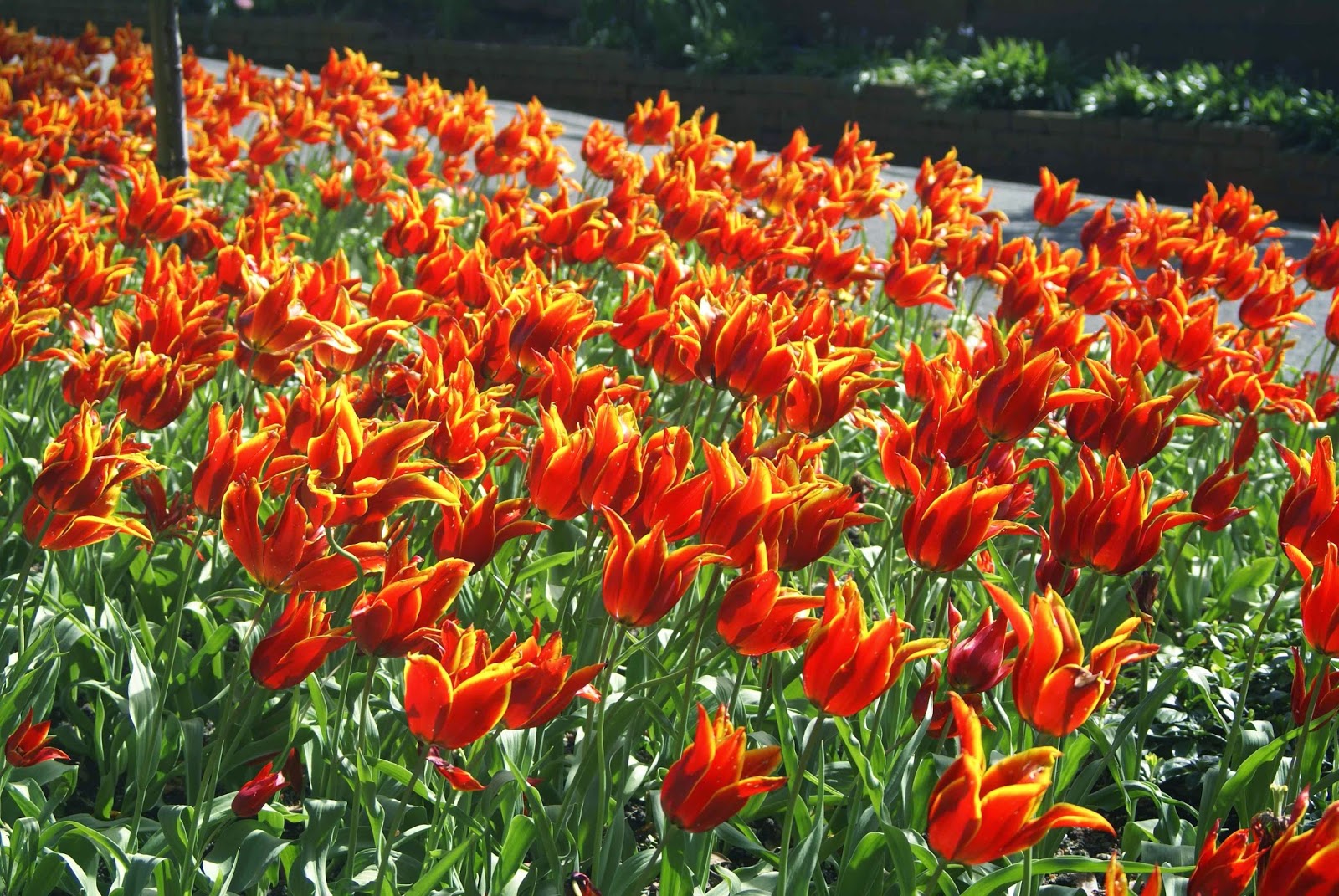 Tulip 'Orange Parrot'
There are quite a number of different forms among tulips, some of which are seldom seen in lour gardens.  Perhaps the most flamboyant of all tulips are the ‘parrot’ varieties, so named because their petals are feathered, curled, twisted, or waved.  Probably the best known of these is the aptly named  ‘Roccoco’, which has swirls of yellow on deep carmine red flowers.  Even brighter is one called ‘Flaming Parrot’, which has bright yellow flowers with a prominent red stripe down the middle of each petal.  Some years ago I saw a bed of ‘Orange Parrot’ – what a stunning sight.
Lily tulips have longer and more slender flowers than most types, with flared ends, suggesting a lily flower.   They look very elegant, but there are not many varieties around in New Zealand.  ‘Pretty Woman’, which has bright red flowers with a small yellow patch at the base, is probably the easiest to find.
There are also the peculiar green tulips, which tend to have a soft coloured flower which features a broad green band up the middle of the petal.  ‘Spring Green’ is probably the best of these.
At the opposite end of the size scale are the rock garden tulips, some of which are very small indeed, but they would need to be sourced from specialist growers.  The varieties available from garden centres will probably grow about 20 cm high, and will have the usual grey-green leaves. Among these ‘Pinocchio’, which is carmine pink with a cream border, and ‘Boutade’, which is bright red, represent good value for the garden.
There is still plenty of time to plant tulips.  Unlike some other bulbs, they prefer quite a chilling over winter, so it will not matter if you don’t get them into the ground for up to a month.  Of course, by then the best selection will have gone, so it pays to get a move on.
Give them a rich, well drained soil, preferably in full sun, and remember to snip the stems when they have finished flowering, as that way they will concentrate of putting down some growth for next year’s flowers.

Hi, This is a great article. Loved your efforts on it buddy. Thanks for sharing this with us.
Get cissp
it training courses.
CISSP training ,cissp exam cost, CISSP certification.
Get CEH
ec council., ceh v10. , ethical hacking training. , it training.
Get VMware
vmware training.,vmware course., vmware online training., vmware interview questions and answers.,vmware Certification.