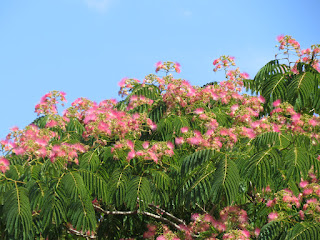 
This past week has been a trying one for gardeners, with unrelenting heat, temperatures of over 30 degrees for days on end, and little sign of any respite. As I write this on Sunday it is almost unbearably hot, with not even a breeze to cool things down. Then forecasters are saying we might have a windy day tomorrow, with the chance of rain from the west, so I guess there is a fair chance we will not even see much from that quarter.
It seems to me the only place to be in the garden at the moment is in the shade, under an umbrella or in the shadow of a mature shelter tree.
I visited a garden in the south Wairarapa recently, a garden that featured an ancient oak tree – well over a hundred years old I would think. It had been well looked after and I could see signs of recent tree doctor work, with carefully cut limbs visible. The rest of the garden had obviously been “made over” a few years ago, and featured a couple of clusters of semi-mature shade trees, most welcome in the heat of a Martinborough summer.

The first of these was a grouping of the charmingly pink-flowered Albizia julbrissin ‘Rosea’.
This deciduous tree has the most graceful fern-like leaves through summer, and then pink to red fluffy
flowers that feature long silky stamens that give rise to its common name, Silk Tree. This is a quick
growing tree, with a delicate arching growth habit so that it even looks attractive even when without
leaves.

It is perfect as a shade tree as it does not cast a dense shade like a beech tree – in fact, it creates a
lovely filtered shade and it is easy to establish a garden underneath it. It is also a relatively mess-free
option for the garden, as the fine leaves rapidly disintegrate in the autumn, making it easy to keep clean and tidy. Actually, the leaves are so tiny they would probably blow away in a typical Wairarapa
autumn!

Sometimes this tree sets seed – it is a legume and has long pods with large seeds within. In some parts of the northern North Island and in the nelson area it has become sparsely naturalised, so think about planting this if you live in a warm costal area where it might get out of the garden and into the
landscape.
Posted by Unknown at 8:12 PM